No items found.
Product is not available in this quantity.
Writing

It is a Truth Universally Acknowledged

After working in the publishing industry this past decade and being an author myself, one of the first things I love to do when I open a novel is flip to the ‘Acknowledgements’ page, usually at the back of the book. Quite often, there’ll be a notably personal line to someone, which reads something like, ‘Without you, this book would never have happened.’

This essay is to celebrate that person.

In a recent Irish Times interview, author and book reviewer Sarah Gilmartin spoke to Niamh Donnelly, discussing the precarious nature of being a freelance writer, that it can be tricky to ‘stay afloat'. She spoke of receiving grants from the Arts Council but she also mentioned her husband has a good job. Donnelly admitted her partner likewise has a ‘good job’.

I know several writers who have partners working in law, construction, and medicine. I know they met them through fortuitous romantic alignment, and I have no doubt they are very much in love. But for a writer, this is possibly the happiest accident that can happen. As Donnelly states in her article: ‘We conclude that “marry well” might be the best advice for a budding freelancer.’

This line made me smile with its ‘Jane Austen’ undertones as if all writers should be like Mrs Bennet, seeking rich suiters, because their advances of a few thousand won’t pay the bills, any more than £5000 would’ve sustained the Bennet sisters. One could almost write, ‘It is a truth universally acknowledged…’

And yet, it isn’t funny. That is the sad truth for most writers. Writing is a tough game. Words Ireland, supported by The Arts Council of Ireland, this week announced the figures of their 2021 survey of pay, conditions and diversity in Irish literature. This paragraph, in particular, made for sobering reading:

The median gross income earned in 2019 by Emerging, Mid-career and Established writers and illustrators from their creative work in 2019 was €500. This means that half of them earned less than this. The median for Mid-career and Established writers and illustrators who might be expected to earn a substantial portion of their annual income from their creative work was €2,000.

What this means in real terms is most writers earn less than minimum wage for the hours they invest in their work. From my time working in the publishing industry, I know that the average advance on a work of fiction will be a few thousand euros, based on possibly thousands of hours of work. Statistics over the past decade show this is not an improving situation. Because of this, grants, bursaries and writing retreats matter. But the pot is small, and there are a lot of mouths to feed, which makes Donnelly’s words wise rather than humorous.

This financial issue hits all writers, even those award-winning authors whose names we know well. They may get lauded for their great novels, but they aren’t immune to the financial realities of life. Donal Ryan, in a candid interview to The Guardian in 2018, had this to say: ‘Most writers struggle their whole lives. It’s a tough business’. The bottom line is, established writers can no move live on ‘exposure’ than those at the outset of their careers.

This is not a new story. Ernest Hemmingway would not have had the time to write were it not for the rich women with whom he was involved. Marcel Proust would never have written In Search of Lost Time without family money. James Joyce often borrowed money from others. So often, the artist relies on someone close to them who is either wealthy or somehow grounded in a practical sense.

Civic patronage is a millennia-old practice. However, the most significant unsung support is domestic patronage. And maybe it’s time to put those ‘Acknowledgements’ at the front of the book. It’s time for a few bronze plaques for these supportive family members.

Because the truth is, great books are not written by single artists, somehow self-supporting, as if semi-divine figures, immune to the practicalities of life. As Michel de Montaigne once wrote, ‘On the highest throne in the world, we still sit only on our own bottom’. None of us mortal humans escapes reality. Some may be looking at the stars while they stand in the gutter. But they won’t be looking up for long if someone doesn’t maintain the gutter.

If you are to become a writer it is doubtful yours will be the primary income in a house. Unless you have a second position, possibly as an academic, it’s unlikely you’ll be approved for a mortgage or even for a personal loan.

My story is this. I have always earned my own money. However, since the beginning of the pandemic and being offered a book deal for Diving for Pearls, I stepped back from a full-time job in publishing to give myself more time to write my second book. I have lived curiously, a cheque or grant landing sporadically over the past eighteen months, keeping me afloat without my ever quite knowing how my life would financially work in three or four months. I feel rather like Wilkins Micawber in David Copperfield, forever trusting ‘something will turn up.’

Thankfully, it has. Yet, it’s exhausting to live in this way. I believe it would be an intolerable way to live if I didn’t have my partner, who does not work in the arts, who deeply values what I do, and reassures me in my fearful moments, ‘Don’t be worrying. We’ll be fine.’ I know what he means by that. If all else fails, he has my back. I am yet to avail of that ‘fallback plan’ and do all I can to avoid it. However, I cannot overemphasize how that feeling of security matters. I don’t think I could live with writing at the centre of my life without that reassurance.

I would never advise anyone, writer or otherwise, to pick their partner for mercenary reasons. To do so would be the path to misery. However, if you possibly can, try not to fall in love with another artist. I think of Amy March in Little Women (in the 1995 film adaptation), when challenged by her sister about her declaration that she will be ‘disgustingly rich’ when married, replies,

Well, it isn’t like being stuck with the dreadful nose you get. One does have a choice to whom one loves.

I understand the temptation might be there to date another writer. You may have romantic notions you’ll spend your evenings cuddled up together discussing the latest Murakami. You won’t. You’ll both spend your time worrying if your application or latest manuscript will provide income that will keep the wolf from the door for yet another day. Because ‘something will turn up’ is a heavy belief to sustain over financially challenging decades. And nothing ruins creativity like anxiety.

In a way, I offer no solution to this conundrum. If there were solutions, I think minds brighter than my own would’ve come up with them by now. In fact, they have done their best with bursaries, grants, retreats, etc.

Yet, this article is not to simply bemoan the challenges of being a writer but to celebrate those who support artists. We likely wouldn’t have Joyce, or Hemmingway or Woolf if it weren’t for the long-suffering supporters in their life. They provided the love, the stability, and the financial security, that allowed these greats to take practical risks, the benefits we and future generations will continue to experience.

My only practical advice for emerging writers is this. It isn’t where to look for love, but where not to look for it: book launches. Because it is a truth universally acknowledged that single writers looking for love should avoid other writers.

Photo by Elaine Howlin on Unsplash

Want to get notified of new blog posts on Blackwater Writing? Sign up here. 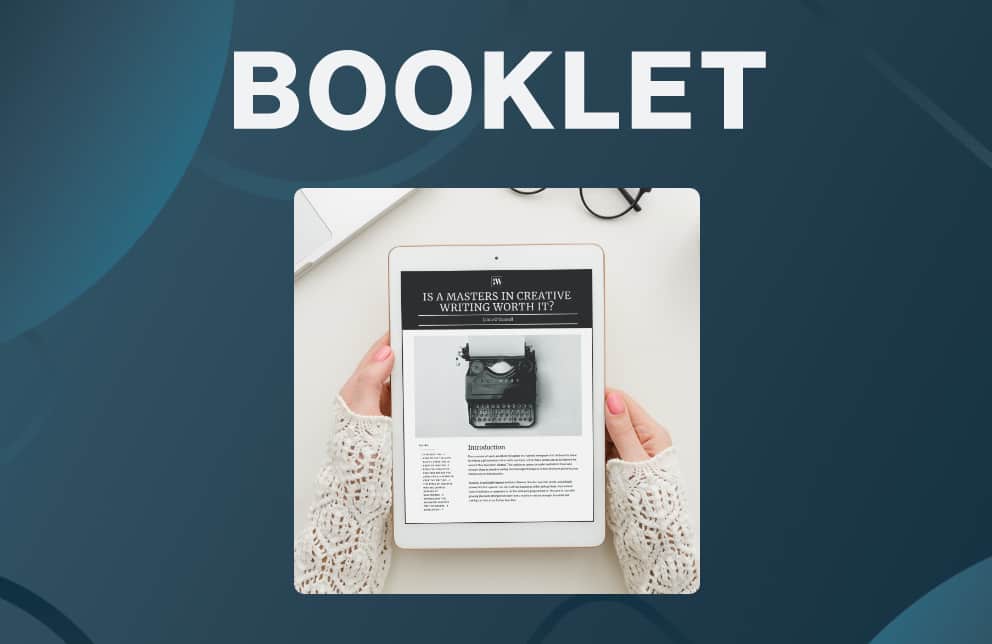